Why isn’t the condition of the Highly Sensitive Person (HSP) more publicized?

Nowadays, we’re thankfully more aware of people with different ailments and conditions that once went unrecognized and were quickly dismissed.  Kids who couldn’t concentrate in school were considered to be disruptive troublemakers; now we know that Attention Deficit Disorder (ADD) and Attention Deficit Hyperactivity Disorder (ADHD) are real conditions.  Older people who were extremely forgetful just couldn’t remember things because of their advanced age; today we understand that Alzheimer’s Disease is not a normal part of aging.  There’s another condition, though, that’s still largely unknown in the mainstream–the Highly Sensitive Person (HSP).

Despite what it may sound like at first, the HSP is not a person who’s simply oversensitive or, to put it in plain terms, a wimp or a wuss.  An HSP is someone whose nervous system, through genetics, is overwhelmed by stimuli in the world around him or her.  It’s common for an HSP to be easily startled, uncomfortable in large groups of people, overcome by loud noises and bright lights, and dread conflict.  When an HSP encounters such circumstances, he or she usually needs some downtime alone to decompress, to rest, and to calm down.  Meditation, yoga, and going outdoors in nature helps the HSP deal with the world and its different stressors.

How do I know so much about HSPs?  Because I am one.  Even though I know my husband is in the house, I will jump a mile if I’m not expecting him to be right behind me at a given moment.  I detest crowds and avoid shopping malls like the plague around Christmastime.  Although I’m not a hermit and enjoy socializing, the activity drains me, and afterward I need some quiet time with a book or a knitting project.  When I do watch TV, it’s with dim lighting in the room, and I hate, absolutely HATE and avoid confrontations at all costs.  These aspects of my character may make me appear fussy and weak, but that’s only an illusion.

As an HSP, I’m very tuned in to the emotions and needs of others.  I have a higher than average level of caring and understanding.  I’m more of a peacemaker than a warmonger; I try be diplomatic and keep people pleased and in good spirits, even if it’s sometimes at a cost to myself.  On a more personal level, I have a very deep and rich inner life that is very spiritual (by spiritual, I don’t mean religious, but a connection between myself and humanity, myself and nature).  And before you think that we HSPs are small in number, know that roughly 20% of the world’s population are HSPs (that’s 1 out of every 5 people) and include many famous personalities including Emily Dickinson, Albert Einstein, Abraham Lincoln, and Mother Teresa, among others.  So what I’m wondering is why can’t the non-HSPs out there recognize HSPs and appreciate their strengths? 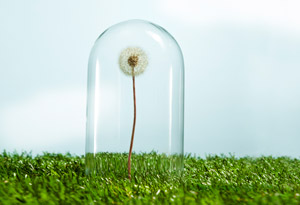