Why do we often call Independence Day the Fourth of July instead?

With those of us in the United States about to celebrate our national holiday, my fiancé came up with this good holiday-related “why.”  Although the official name of the holiday is “Independence Day,” most of us commonly call it by its more popular name, the “Fourth of July” or simply “The Fourth.”  What’s with that?

Technically, America’s independence from Great Britain in 1776, the reason Americans celebrate the holiday, didn’t even take place on July 4.  It actually occurred on July 2,  the day Congress voted to legally dissolve all ties the Thirteen Colonies had with Mother England to become a new, independent nation. Even John Adams, one of the Founding Fathers, expected the second of July to be the day Americans would celebrate as the birth of their country.  So what happened that caused us to celebrate on July 4 and not on July 2?

Apparently, Americans like things in black and white on paper.  Congress may have voted for independence on July 2, but the final text of the Declaration of Independence was dated and approved by Congress on July 4.  Then, as now, you can blame the politicians—since they didn’t 100% like what Thomas Jefferson wrote, they had to mess around with some of his wording.  At least they got their act together in two days, which is a lot quicker compared to how Congress operates nowadays.

If you ask me, I think we should celebrate our nation on both July 2 and July 4, the day our independence was voted upon and the day our independence was declared, respectively.  After all, those are two big days in the history of the United States, and Americans should be given those days off to honor their nation.  Heck, while we’re at it, July 3 should be declared a day off just because it’s senseless to have only one workday between two holidays.  Why can’t Americans have more days off to celebrate their nation and their freedom? 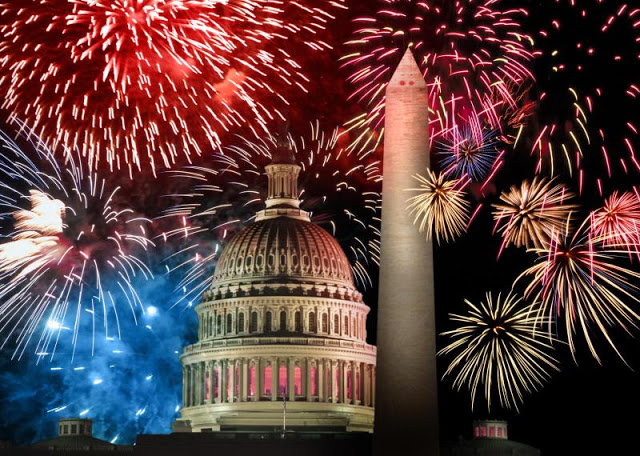