Why do women generalize and men specialize?

As with many guys, my boyfriend really likes older, classic cars.  And he just doesn’t like them; he’s a semi-expert in them.  Whenever we’re driving on the road somewhere, he’s always able to point out a classic car’s model, make, year, manufacturer’s details, you name it.  With me, on the other hand, I just see a classic car from the ’50s, and it beats me what specific type of car it may be.  I look at a car as part of a larger category–cars or (even worse according to my boyfriend) as a means of transportation.  I see the forest for the trees while he sees the trees.

Not meaning to ruffle any feathers, but there are always exceptions to the general rule.  There are a number of men who are multi-thinking generalists just as there are a number of women who are single-minded specialists.  Male nurses and female doctors do exist.  Let’s face it–gender characteristics don’t necessarily apply to everyone.  Whether men and women follow the majority or the minority of their gender, why can’t we just compromise and say that their ways of thinking make humankind better as a whole? 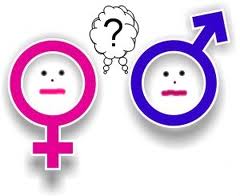