Why does campaigning for U.S. elections last about 2 years?

Finally.  It’s here.  Election Day in the U.S.  Rah, rah, sis, boom, bah.  I’m so excited.  Uh, huh.  Aren’t you?  After all, we’ve only heard the politicians, especially those running for president, for the last 2 years.  And it’s estimated that the politicians have spent around 6 billion dollars on their campaigns.  6 billion!  This year’s November elections are the costliest ever.

Correct me if I’m wrong, but I think the majority of people will agree with me when I say that the American electoral process sucks.  Stop and think about it–less than halfway into a new president’s term, the president has to start thinking about a re-election campaign rather than focus on running the country and fixing problems.  That’s simply ridiculous.  And if you’re like me, you don’t pay close attention to the candidates and their positions until the last month or two before the election.  That’s why a lot of other countries, like Canada and the U.K., limit the campaigning of their politicians to several months, not years.

Limiting campaigning to several months not only prevents voter fatigue, it also prevents the costs of running campaigns from skyrocketing.  I find it ironic that the candidates talk about cutting the budget and ending careless government spending when they’re spending billions on just getting elected.  If you ask me, I think that 6 billion dollars could be used more effectively toward programs like healthcare and creating jobs than for paying those ads on TV that we’re sick and tired of watching and those flyers in the mail that we end up stuffing in the garbage.

So, if you want to know how I stand in this election, here it is–I stand for a complete revamp of the American election system, one in which campaigning is limited to several months before the election, one in which the politicians running for office don’t have to be filthy rich or have filthy rich backers to sustain campaigns lasting years.  I stand for politicians who have more time to concentrate on really serving the people they’re supposed to serve instead of focusing on getting re-elected.  The U.S. is supposed to be the greatest democracy in the world.  Why can’t we get our act together and fix our electoral process? 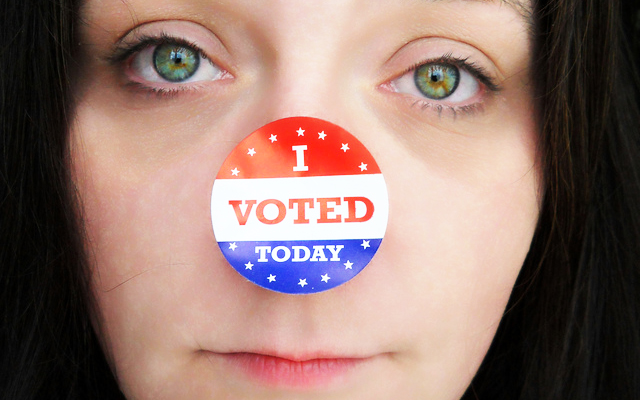