Why is the world divided into cat people and dog people?

Take me and fiance, for instance.  He likes cats, so much that he even tried putting their heads in his mouth when he was a babe (I’m sure the cats were relieved he didn’t succeed).  Once when we went into an antique store in Idaho, he spied a cat keeping watch and went directly to the feline, petting and cooing to it.  Amazingly, the cat didn’t protest and even seemed to enjoy the attention from my fiance.  I, on the other hand, prefer dogs since they seem more open and friendly than their feline counterparts.  It’s easier to know where you stand with a dog–if the dog growls at you, don’t expect to be best buddies.  With cats, however, it’s harder to figure out what’s going on with them as their emotions aren’t always on public display (a cat hissing, though, isn’t a good thing).

Although my fiance and I have no pets (his cat died last year and I’m allergic), we still have our pro-cat/pro-dog debates.  He thinks cats are cute and cuddly; I think they’re scary-looking and sneaky.  He thinks dogs are higher maintenance; I think cats shed and vomit all over the house.  He thinks it’s a pain to take dogs outside to poop; I think it’s better for the poop to be outside than inside the house in a box.  My fiance maintains his position on cats, while I maintain mine on dogs.

Perhaps a Darwinian approach is appropriate.  Maybe it has something to do with how we’re wired–it’s possible we’re just born cat-people or dog-people, just like we’re born left-handed or right-handed.  Few of us are truly ambidextrous and few of us are really “fenine” (feline and canine) lovers.  Or maybe it has to do with the environment in which we grew up, whether we spent more time around cats or dogs.  I guess we just have to accept that there are cat-people and dog-people.  I do wonder, however, why the two sides can’t come to a consensus, if only for a moment, and support…the iguana? 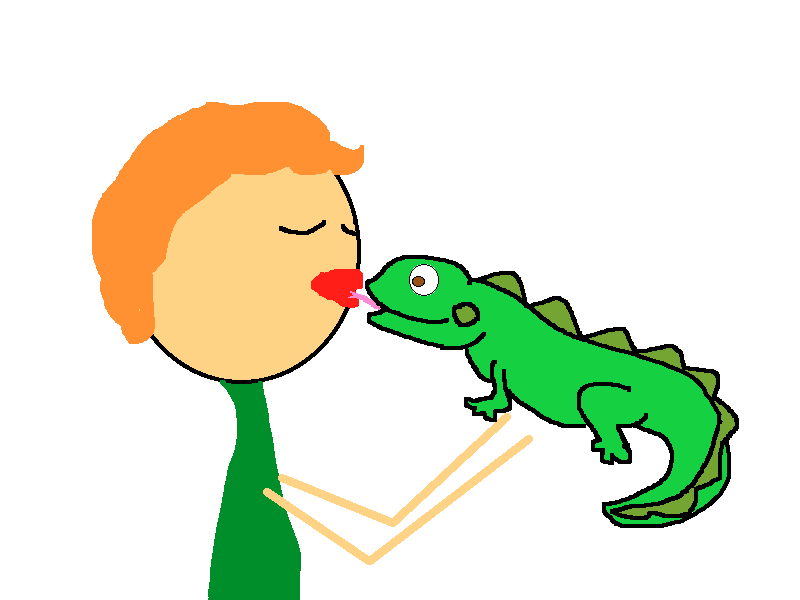